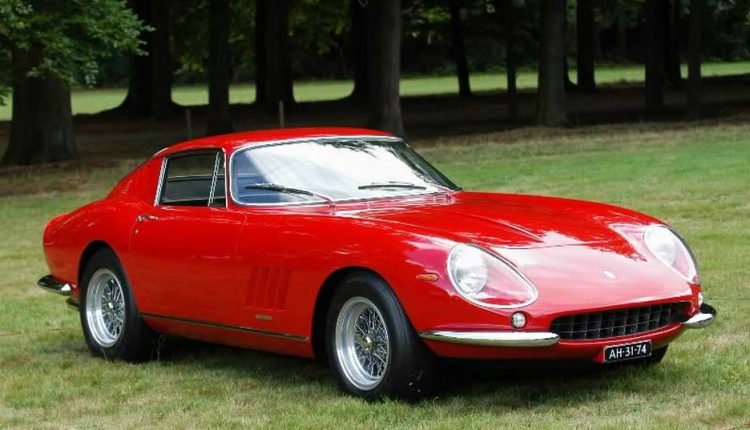 The 1966 Ferrari 275 a class winner during the 1967 Le Mans 24 hours’ race is going on auction in Scottsdale, Arizona on January 15 2015. The Gran Turismo Berlinetta Competizione Scagliettie won several competitions such as the;

·         1969 Spa-Francorchamps that was a thousand kilometre competition

The iconic car is now being auctioned by Bonhams. Ever since its delivery to the renowned team owner (Georges Filipinette) who hailed in Geneva, Switzerland, the car had an extra ordinary racing career.

Its Glorious Years at the Race Track

The Ferrari 275 GTB of chassis number 09079 is the 11th of the only ever made 12 models. The car successfully competed at the Le Mans for a consecutive three years emerging the winner in the GT class and finish 11th overall during its first attempt in 1967.

The year was 1969 when the Ferrari 275 GTB was raced at the Spa-Francorchamps winning the 1000 kilometre race in the GT Class. The GTB went on to win the 500 kilometre di Imola later the same year.

This Ferrari version was strictly designed for competition only. The design saw the car fitted with ultra-thin body panels that were manufactured by Scaglietti.

The car was fitted with the dry-sumped Tipo 213 engine in a lower position and a position that was further back than in the standard car, these were elements that encouraged better distribution of weight.

After its successful racing career under Filipinetti, the 11th built 275 GTB Ferrari car with the Chassis 09079 was sold off to elite American owners starting off with one Steve McQueen who had the car delivered to him at the set of Bullit.

The King of Cool as he is popularly remembered as (Steve McQueen) was a huge fan of the Coupe and had it with him till 1971 when he decided to sell it off.  Unfortunately a garage fire in 1985 damaged the body of this classic car. However the drive train, engine and Chassis remained unharmed.

The car was later shipped back to Italy (where it originated from) and its body work was restored accurately back to factory specification by expert Carrozzeria Brandoli of Modena.

After the restoration, the car was awarded with a red book certification from Ferrari Classiche which confirmed the car’s matching chassis, transaxle numbers and engine. Since its transformation, The Ferrari 275 GTB has won at shows such as;

Just recently, this iconic Ferrari was one of the 60 Ferraris that were selected to take part during the 60th anniversary of Ferraris in Beverly Hills. During the January 15th auction, the car is expected to fetch from £3.5m to £4m.