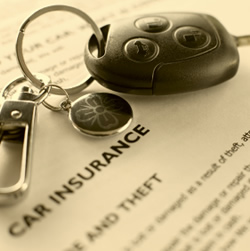 Have you heard the one about the Irishman trying to get cheap car insurance on used cars in Northern Ireland? Unfortunately, there’s no punch-line: the idea is a joke in itself.

Northern Ireland is the only region of the UK to use juries for car insurance claims: and this means that premiums are, on average, 12 per cent higher here than they are anywhere else. So if you own a used car in Northern Ireland, do you have to hop on a ferry to get yourself a decent deal?

Not if The Insider has anything to do with it…

Here are my top tips to help you get affordable car insurance for second hand cars in Northern Ireland.

That’s because new cars tend to have higher values, making them more expensive to repair/replace in the event of an accident or theft. You’d also be smart to buy a car with a relatively small engine so those judgmental insurers don’t think you’re going to be drag racing from Belfast to Derry on your days off. While you’re at it, don’t modify your car: sexy it might be, but money saving it’s not.

Tip two: Work out how much you’d claim for.

With used cars it’s even more important to get the balancing act right with the amount you set your excess for.

Setting your excess at a higher level will lower your car insurance premiums: but setting it too high could sting you in the event of a claim. So think about what you can afford and adjust your policy accordingly.

Tip three: Change (the name of) your job.

No-one is going to change professions just because they can get cheaper car insurance: but tweaking how you describe your job can make a big difference.

Insurers base premiums on historic data that suggests some occupations are more risky than others. As such, small changes to a job title – as long as it is still accurate – could make a big difference. For example you might prefer to call yourself a “copy writer” rather than a “journalist”; similarly, a “chartered accountant” will usually pay less than a “financial consultant”. Don’t lie: just make the truth work for you.

You might think more drivers on an insurance policy means more risk: but if you add a named driver who has an impeccable driving record to your policy, even if they won’t use your car too much, it could drive your premiums down. It’s worth playing with quotes to see the results.

Don’t be tempted to front insurance for a new driver, however: this is illegal and could invalidate the policy.

It’s not exactly rocket science, but adding security devices to your car makes them less likely to be stolen: look for Thatcham approved products. If you don’t have the money to splash on a fancy new car alarm however, then you’ve finally got an excuse to clear out your garage: parking in a locked garage overnight will also help you save.

MoneyExpert.com are one of the best companies to get cheap car insurance deals on the market. Check them out here: http://www.moneyexpert.com/car-insurance/

Scrapping a Motorcycle in the UK

What is GAP Insurance and Do You Need It?

Top Tips to Save Money on Your Motorcycle Insurance