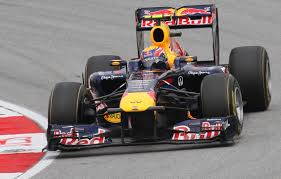 The Red Bull driver Mark Webber has announced his retirement from Formula 1 at the end of the current 2013 season.

Mark Webber, the loose jawed 36 year old Aussie is off to try his hand at Le Mans 24 Hours race for manufacturers Porsche.

Although Mark could have continued on with his career even with a top F1 team he decided to jack it all in and start in pastures anew.

Lotus driver Kimi Raikkonen, the 2007 world champion, is favourite to replace Webber, who made his F1 debut in 2002.

Toro Rosso’s Daniel Ricciardo and Jean-Eric Vergne are also options who drive for the sister team.

Webber has been using words like “honour” to race for Porsche and said “has written racing history as a manufacturer and stands for outstanding performance and technology at the highest level”.

“I’m very much looking forward to this new challenge after my time in Formula 1. I can hardly wait to pilot one of the fastest sports cars in the world.”

So what has Mark done in the 12 years spent at F1? Well, aside Red Bull, he drove for Minardi, Jaguar and Williams, has won nine grands prix, achieved 36 podium finishes, 11 pole positions, 15 fastest laps and twice finished third in the World Championship.

The best season Mark drove was probably the season of 2010. During this season he led most of the championship but in the final three races he threw it all away to teammate Sebastian Vettel and Ferrari driver Fernando Alonso to finish third.

We all know the kind of character Mark is. I for one always appreciated his honesty and “straight forwardness” with the media and mix this along with his competitive side which would be deemed as “firm but fair” he made a great asset to the F1 world…but trouble seemed to brew with teammate Sebastian Vettel with their relationship becoming “uneasy”.

I suppose this all came to light to the public during the Malaysian Grand Prix this season when Sebastian Vettel deliberatley disobeyed a direct order from Christian Horner not to overtake Mark Webber and to finish “multi 21″…a code which we now know was to turn the engines down and for car 2 to finish in front of car 1 but Vettel had different ideas and overtook his teammate to win the race. This was then followed by a quote by Webber on the podium saying “…Seb will probably get the protection he usually gets”. Since then it has became apparent that the tension had been building over the five years as teammates.

Vettel did apologise after the race, but only to the team for not following a direct order and also stated that he would do it again.

This lit the fuse for Webber to start thinking about his F1 career as it was obvious Vettel was receiving more favoured treatment from the team than he was, especially from their motorsport advisor Helmut Marko.

But Red Bull boss Dietrich Mateschitz, with whom Webber has always had a close relationship, made it clear he could stay on if he wanted to going on to say “Whether he retires, only he will choose, but Mark is definitely a candidate for 2014,” said Mateschitz in April. “He is always welcome with us.”

It is fair to say that with all the new rules and regulations coming in for the 2014 season it was a wise decision to stop before taking on another new challenge in the Formula 1 world.

He has also been critical of the Pirelli tyres that F1 teams have been forced to use since 2011, claiming their rapidly degrading nature prevents drivers pushing to the limit throughout a race.

Although Red Bull have produced the fastest car since 2009 and was even offered a spot in Ferrari last year Mark clearly feels he is getting “long in the tooth” for the motor sport and it is time to hang up his helmet.

So what now? Well, Mark is off to spearhead Porsche’s attempt to revive its glory days at Le Mans, a race it has won 16 times, the last in 1998, so with a 14 year drought he is hoping to bring back the glory to Porsche.

Webber is no stranger to Le Mans as he raced for Mercedes in 1998 and in 1999 and he will also be competing in the World Endurance Championship for Porsche.

“I’m very pleased to have secured Mark Webber for our LMP1 project as one of the best and most successful Formula 1 pilots of our time,” said Wolfgang Hatz, Porsche board member for research and development.

“Mark is without doubt one of the world’s best race drivers. He has experience at the Le Mans 24 hour race and, on top of that, he’s been a Porsche enthusiast for many years.”