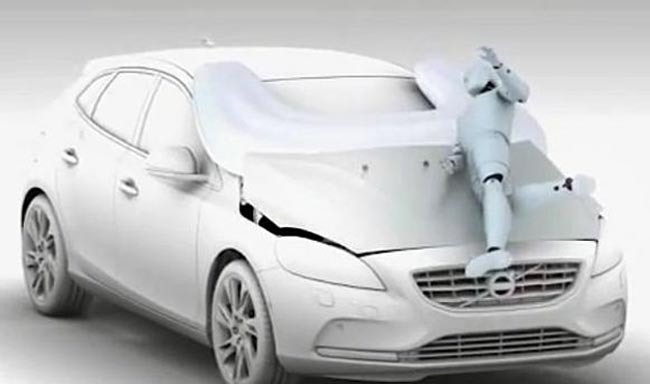 More vehicles to be fitted with road safety tech: 5 ways to make your

The technological differences between a 2016 vehicle, and its predecessors from 20, 30 or 50 years ago, are almost impossible to list. They’re safer but faster; tougher but lighter; eco-friendlier and far more efficient. Safety measures should never stop still, and manufacturers should never stop searching for ways to give drivers a chance to make themselves safer – here are five ways to do so:

Extra mirrors cannot always aid the driver in avoiding a barrier, pedestrian or cyclist, especially in a big vehicle. However, a sensor system that automatically alerts the driver to any surrounding hazards, in conjunction with camera monitoring systems, can instantly alert the driver. The devices can be used to aid safe reversing and boost blind spot awareness, and can also be used on large vehicles, caravans, refuse disposal and on building sites.

In a crash between a car and a pedestrian, the driver will probably be a little shaken but generally OK. The pedestrian will not be so lucky, and will probably be propelled up the bonnet and into the windscreen at high speed, with dire consequences.

Volvo has a clever way of dealing with this trauma, using technology that already exists – albeit in a different location in the car. The Volvo V40 pedestrian airbag operates at speeds between 20km/h and 50km/h, lifting the bonnet to protect the engine and deploying the bag across the screen before the pedestrian hits it.

The moment when one takes their eyes from the road to change the radio or adjust the sat-nav can be potentially lethal. Voice-activated systems can now be used to change radio stations and prevent the need to reach over towards distracting dials and buttons, as well as allowing the driver to answer phone calls.

An added bonus of some infotainment systems is an ability to receive updates on road and weather conditions, and even share prices and dinner reservations.

One of the first things new drivers love to do is hit the motorway for the first time, pulling onto the high speed roads and hitting 70mph of freedom. However, learning to change lanes only comes with experience, and the thought of an incorrect change is too horrible to contemplate.

That’s where technology such as blind spot detection comes in – if you’re too close to another vehicle a warning light turns on on the relevant wing mirror, and either a beep or steering wheel vibration occurs. In fact, even if you’re not about to change lane the light will glow steadily to keep you informed of approaching traffic.

These are a real step into the future, and perhaps unsurprisingly Toyota and Microsoft are at the forefront of the movement. Potentially, cars could be connected with the home computer and other vehicles, sharing information and data.

So how would this relate to road safety? Several avenues are possible, from insurance companies monitoring road habits to reward better driving (commonplace in telematics) to connection to Fitbits and other wearable technology, which could immediately stop the car and alert others in the case of emergency. The vehicles might also learn which roads are safer and areas of built-up traffic, avoiding them and thus possibly preventing drivers from rushing about.

If you are in Co. Clare and need any mechanical work done on your vehicle you get in contact with Charlie McEnery Motors Services Ltd who offer full garage services, including a local collection service.