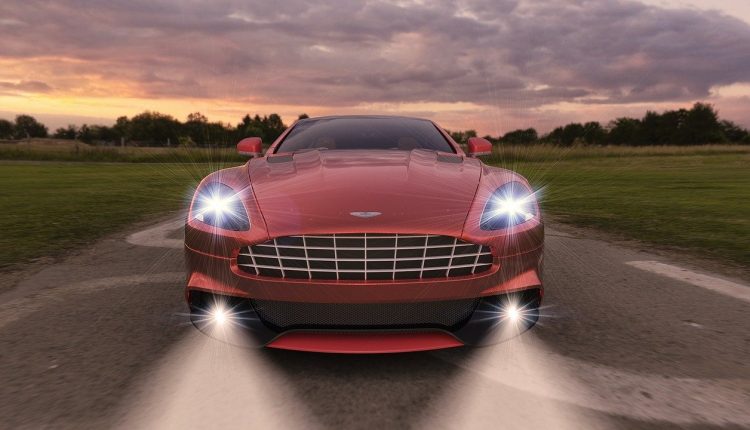 You may feel that there are only so many ways you can reinvent and continue rolling out new features in cars every year. However, the world’s biggest automotive brands manage to impress us annually and provoke us to part with our hard earned cash and purchase the latest model new car. Let’s uncover the latest from the most valuable auto companies on the planet, and the current innovations they’re developing that will keep us interested in their next release.

Toyota has held onto its title of being the world’s most valuable car brand for the 6th year in a row this year. Demand for their phenomenal four by fours surged in Europe and America this year, a market that they previously haven’t performed well in. Analysis of this suggests that this is due to recognition and awareness of their reliable 4-wheel drive system, which happens to be one of the most reliable out there.

Lexus, the luxury arm of Toyota, performs exceptionally well across the wealthier European countries. This division of Toyota does especially well in the UK with their innovative hybrid Lexus. The Lexus 450H is one of the only hybrid SUV’s available in the market. This model not only comes with exceptional luxury that puts it in the same league as a Range Rover, but also its engine has been tested and proven, and now consumers trust the innovative kinetic/petrol technology. In low gear this vehicle is entirely electronically powered, and the hybrid engine vastly reduces CO2 output and reduces the cost of running the car.

To say Volkswagen (VW) has taken an extraordinary hit over the last 5 years is an understatement. Initially it was difficult to see how they would recover from the emissions scandal, especially in European markets. Volkswagen car brands are far reaching, have access to markets that other car companies could only dream of, and as an automotive powerhouse, VW is slowly rebuilding its image and earning customer trust.

Their innovation and focus for 2019 and 2020 are centered around the HGV and transport truck market. This sector is an area that Mercedes Benz has previously attempted to tackle to no avail, but VW seem to be making real headway in this area along with their autonomous vehicles. The Volkswagen group are also making keeping their vehicle users connected a priority, and now allow seamless connectivity with iPhone in their vehicles. Hopefully, Volkswagen and their associated brands begin to make real headway in 2020 and recoup from the emissions scandals from previous years. VW is currently ranked at the eighth most valuable car company in the world, but it’s expected that they will increase this year.

Tesla broke onto the scene as the first car manufacturer to be made into a PLC since 1954, and year after year they continue getting stronger and more popular. They are estimated to be worth approximately $39 billion, whilst this is down since May 2019, it is still exceptional for a car brand that hasn’t been around near as long as the others on this list.

Tesla has become a disrupter in the car market. The recent sales data shows us they continue showcasing their incredible electric capability and demonstrating that you can have luxury cars that don’t require petrol or diesel.. Not only is Tesla a market leader in the electric powered car industry, but they are also making leaps and bounds with their driverless and autonomous feature. This is an area where other companies such as Google have struggled, but Tesla is road testing their technology now and so far it appears to be working as planned. Tesla is currently positioned at number seven out of ten as relates to the worlds highest valued car companies.

Mercedes has been a dark horse this year, and over the past 5 years they have lagged behind their German counterpart, BMW. They haven’t really done much to make any huge leaps or advances in the past 5 years, although it seems that 2019 is the year that the tide is changing.

Mercedes released their latest innovation, the level 4 autonomous driving technology. This latest innovation from Mercedes resulted in the highest level of safety attained by any autonomous vehicle thus far. Level four automation has been added to their GLE range which was demonstrated this year at multiple car shows. The level of automation that’s coupled with their electronic capability and already well-established market leader of luxury will set them to rival Tesla for the next few years. Mercedes Benz is now valued as the second most expensive car brand in the world.

It seems that the major car brands are focusing on autonomous and electric vehicle technology, which clearly appears to be the next big thing in the world of motoring. With Tesla currently dominating the luxury electric vehicle market, some are clearly more successful at it than others. However, as they don’t have a reliable 4×4 yet, they are not completely penetrating the market, especially when you consider Toyota’s popularity in this space.

Autonomy is something that all car brands and manufacturers are focusing on, with Mercedes having the highest level of working autonomy at this current time. However, this will change next year with the release of their new electric vehicles that will push innovation further than we have seen so far. Car brands are no longer reinventing the wheel; they are disrupting the speed of automotive innovation, and making significant progress with their more environmentally responsible and safer vehicles. The top 10 list of automotive manufacturers is pretty stable, and has been so over the last 10 years, with Tesla entering as the only newcomer. However, with Volkswagen and their associated brands working toward a cleaner future, maybe they can begin to work their way back up the list and gain more popularity and consumer favor.