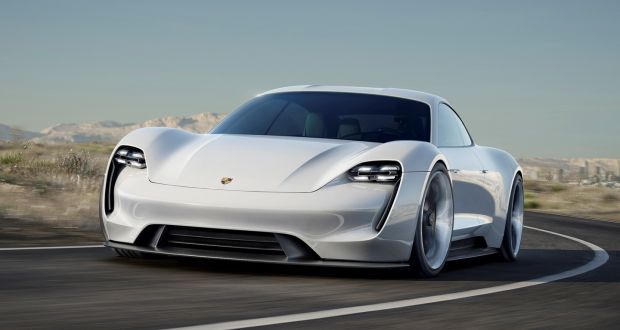 Porsche Looks To Push Tesla, Investing In Its First Ever All-Electric

Porsche Looks To Push Tesla, Investing In Its First Ever All-Electric Car

A new Porsche capable of 0-62mph in well under four seconds sounds impressive, although perhaps not especially surprising by the German performance car maker’s standards. Even the news it has four doors and four wheel drive might not raise many eyebrows when you consider the engineering feats they’ve pulled off before. But what if you found out that it’s an all-electric car?

The car described above is the Porsche Mission E – an all-electric 600bhp car that could prove as important to the company over the next decades as the fabled 911 has been in the past. It’s not just a concept car, either – Porsche say it could reach production by 2020, so people taking lessons and learning to drive by the end of the decade could find themselves being overtaken by an electric powered Porsche in a hurry – and can dream of getting behind the wheel of the next generation of car technology.

In the bold words of their R&D (research and development) leader the car is intended to “start a new era with Porsche”.

In order not to alienate their loyal customer base, who have a fixed brand expectation, the company has made sure this model is very much still a Porsche in terms of looks and concept, even though it has to work around the constraints of electric power such as housing power packs.

The ‘signature elements’ of the marque, such as the chunky wheel arches, sculpted glass area and swooping low roofline are still to the fore, and the car has been kept as low as a present 911 despite having to accommodate the batteries.

Some of the figures quoted above – plus its range of 312 miles and ability to charge the battery to 80% capacity in 15 minutes – are theoretical based on projections as to how electric power technology will develop over the next three or four years.

The company has invested the time, money and engineering expertise in keeping its Porsche identity to cater to their change-averse customer base. The idea is that the new model will make customers as desirous of this Porsche model as any other the car maker has produced before.

VW-owned Porsche will be creating some 1,000 new jobs due to the engine plant being expanded to accommodate production of electric motors.

Californian electric powered car specialist Tesla has shown with its Roadster – the first fully electric sports car – and the Model S what’s achievable with electric power. Its success can’t be ignored as worldwide sales of the Model S clocked up 90,000 by the autumn of 2015, including sales of 10,600 in Western Europe in the first nine months of the year. That certainly proves that there’s a definite demand for electric powered performance cars.

The figures Porsche aspires to reach aren’t fanciful if Tesla’s achievements are anything to go by. The Model S in P85D form can accelerate from 0-62mph in 3.2 seconds, has a top speed of 155 mph, and can last just under 300 miles on a single charge (figures based on a 65 mph cruise).

Porsche, like other established car makers, knows only too well how newer manufacturers specialising in electric power, such as Tesla, are fast gaining a foothold. It’s apparent that electric cars aren’t just the slow runabouts for ecologically-minded motorists – they’re clearly going to go mainstream and offer owners similar levels of driver appeal as their fossil fuelled counterparts.

Cost-wise Porsche is likely to benchmark the pricing at similar levels to the Tesla and the BMW i8. The contest in this market is about to get very interesting indeed.