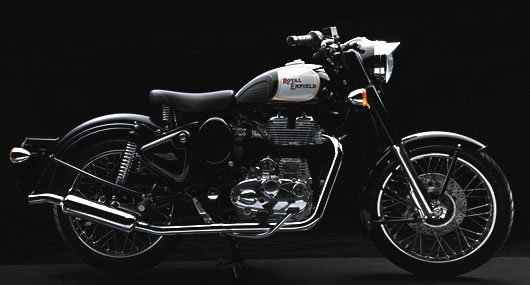 It is India’s legendary motorcycle manufacturer (Royal Enfield). Beaming from an endorsement from the 44th US President Barrack Obama. The manufacturer is expanding its wings to the UK to meet the booming demand for its British-Origin bikes.

The Motorcycle manufacturer will be investing Rs 500 crore this year. The amount will go to product development, Capex and various development areas. These are words from the company’s Chief Executive (Siddhartha Lal). The full statement is on the corporation’s website.

The CEO also quipped that with the company’s view of becoming the leader in producing global mid-sized motorcycles, they are akin to build two new technology centres. Their strategies are what make the company remain relevant and still churn in profit.

The first centre will go up in the Southern Indian City of Chennai alongside a new factory. The second technology centre is coming up in Leicestershire (England). The developments are going to be completed in the 2nd quarter of 2016 and by 2015 end respectively.

Barrack Obama; the leader of the free world, gave the iconic bikes an approval nod.  It came after the brilliant daredevil performance of India’s Border Security Force Officers, riding on their shiny Royal Enfield bikes as he toured New Delhi January 2015.

Obama attended India’s Republic Day ceremony and was thoroughly impressed by the officers on the motorcycles with their daredevil stunts. The stunts according to him (US President) were the highlight of the military parade.

He joked that the Secret Service does not allow him to ride motorcycles. He said this, looking rather impressed by the officers, manoeuvrability.

Rolling Deep In the Money

Royal Enfield, a subsidiary of the heavy commercial vehicle and bus maker Eicher recorded an increased income of $482m (30bn) rupees in 2014.

Winding the clock back; we discover that Royal Enfield started in life as a British corporation that mass produced single-cylinder engines known for their distinctive “thump” sound. The company began operations more than 110 years ago.

Unfortunately, it closed its last domestic factory in 1970.

Royal Enfield Indian partner began making bikes under license back in 1955; this makes it today one of the worlds’ oldest names in motorcycling business.

The Mark of Profit

2009 was the year that the company launched a redesigned version of the classic retro-looking “Bullet” bike. The move saw the sale of this model hit the roof. The spike in sales affirmed the company’s position as an astute motorcycle manufacturer.

UK residents will be heartbroken, however, learning that Royal Enfield Company’s expansion in Leicestershire UK does not mean that they will start manufacturing in Britain.  The move will only see the company setting up a technology centre base.

Has Tesla run out of charge?

Could The Evora 400 Be The Fastest Lotus Yet?