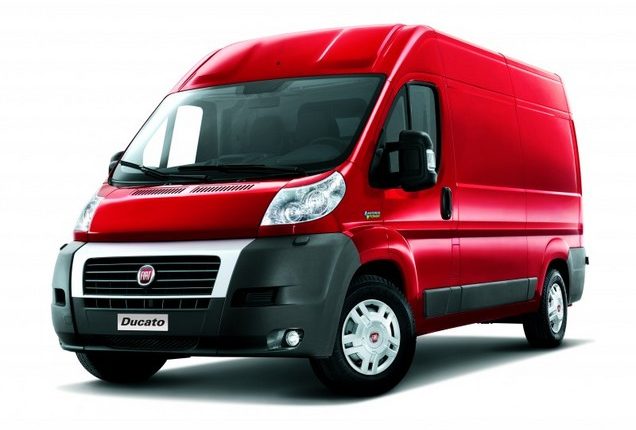 The Best Most Economical Vans For Sale

Keep your costs low by choosing the most efficient vans

When you are buying a car, there are a lot of things on the basis of which you can choose the right one. When it comes to vans used for work, however, you need to focus on the efficiency. A business is run to gain profit, and the lower your costs are, the higher the profit will be. Thanks to the recent push in environmentalism, companies have been focusing on efficiency a lot, as they are trying to incorporate as much useful features as they can while making the vans fuel efficient. This is a remarkable development for us all, because lesser fuel consumption is always a good thing.  There are some fantastic vans available on the market which you should know about.

We are spoiled to live in an age where we have multiple vans that can provide us with 40+ mpg, but the Fiat Ducato doesn’t just meet this level, it exceeds it with a 44.1mpg fuel economy.  The price of the Ducato is similar to its rivals, but it is able to run much farther on fuel than any other van in its league, leading to lowered costs. Lowered costs aren’t the only advantage though; the huge carrying capacity of the Ducato makes it perfect for professional use as well.

The new Ducato also has many improvements which do away with the complaints people used to have with them. Durability of some parts was an issue, but the new upgraded brakes and crutch has increased the suggested service interval of the van to 30,000 miles. The improvements have made the vehicle a great choice, with added touches in the new model like upgraded door hinges, additional body reinforcement, and a completely new clutch system.

The best part is that the 44.1mpg is not even the most efficient variant of the Ducato – you can spend some more and get the 130 or 140bhp models, which have a fuel economy of 45.6 mpg. Purely judging on performance, the Ducato is the most economical van out there.

The Nissan NV400 is a worthy competitor when it comes to economical vans for sale. It offers a surprisingly economical performance but only in a particular model. Most models of the van are rated somewhere between 21 and 31 mpg, but there are several models which offer much better performance, so be sure to note the mpg of the model you are planning to purchase. It can also handle large loads, thanks to the large loading bay.

The cabin of the van is also very comfortable, which is something every driver would appreciate. The number of choices available with the Nissan NV400 is staggering which really makes it a perfect choice, because you will probably find the perfect configuration for yourself. There are also some safety features we really like, such as the electronic stability control option and a few others.

Everyone who knows about trucks and vans should have already guessed that a Transit model is sure to make the list. Transits have always been fantastic vans when it comes to economy and the new ones are no different. Though different models have different mpg, you can make it as efficient as 41.5 mpg according to the official specifications. Aside from the economy, you also get a greatly designed van with all the good things associated with Ford Transit.

The interior quality of this van is very impressive and much better than what we are used to in vans. Every single detail seems to have been tended to carefully. Instead of looking like most vans, it seems that the designers focused on incorporating the comforts of a car.

Not all models of the Citroen Relay are as fuel efficient as the other cars in this list, but they are close. Relay is a joint effort between Peugeot and Fiat, so it is easy to see how they managed to make it so economical, with some models boasting a 42.8mpg fuel economy.  What makes the Citroen Relays so great is their great drive ability.

The Citroen Relay is largely considered to be the best van to drive by professional drivers and it is easy to see why. You start feeling the difference right as you get in the driver’s seat; everything is made to be comfortable and efficient. The passenger seat folds into a desk so you can easily take care of any paperwork. This van was made for work and it is apparent from its every feature. The fantastic variety of engines available only make the driving experience better, leaving it up to you to choose based on your needs. The handling is remarkable and the van responds very well making it very easy to take corners and park the van. It also goes over potholes and bumps very smoothly.

The future is economy

Thanks to the increasing focus of the world on the environment, we are going to see more and more economical models. Companies haven’t really been able to deliver too much efficiency when it comes to vans, but they have been getting better. Moreover, electric Vans are starting to become a reality.

Nissan has already entered the market with the Nissan E-NV200, a completely electric van. While it will not be replacing any heavy duty van you have, the vehicle is very fast and very efficient. Initially teased as a concept in 2012 and released recently, the van delivers fantastic mileage. If electric vans improve on the design, we can definitely see them becoming the norm. The biggest advantage that electric vans have over electric cars is that since they are commercial vehicles, it is easier for companies to create their own charging stations.

We may have vans in the future which will never see a gas station because they will be charged at their stations during the night. When calculating the running costs, electric vans can be 3-4 times cheaper than the standard vans. For now, the manufacturing cost of the electric vans is too high, so we will stick with the economical models that we have at our disposal.

When it comes time to replace parts on your van, HQ Breakers are a car and van dismantler who can help source any used parts you need.

Guide To Buying A Van or Light Commercial

How To Choose An Affordable Commercial Vehicle