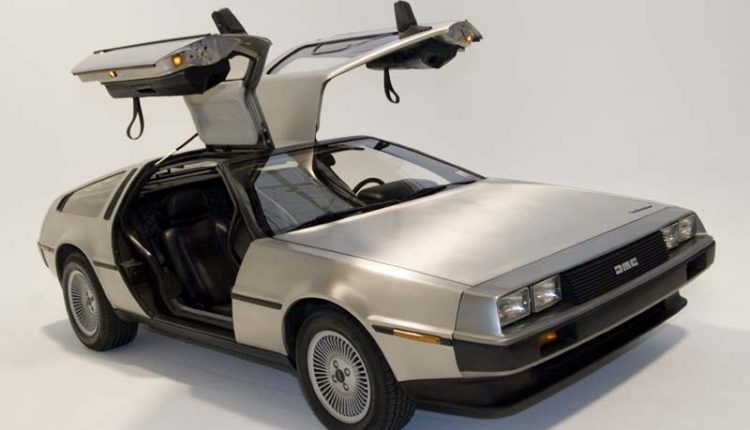 Growing up I was always a fan of the hit movie trilogy “Back To The Future”, how annoyingly predictable everything was, how cheesy the lines were going to be but especially how production were going portray the past and even more interestingly, the future. Sadly I can’t bring any news on flying cars or even self laced trainers but what I can give you is a little insight in to 2 manufacturers goals, aims and aspirations for the near future regarding a model of one of their vehicles, Ford and Hyundai.

So Ford are “going down the road” of cleanliness, hygiene and the environment, no Mr. Fusion here! The Ford Motor Company announced this week that the C-MAX Solar Energi Concept, a sun-powered vehicle with the potential to deliver the best of what a plug-in hybrid offers – without depending on the electric grid for fuel.
Instead of powering its battery from an electrical outlet, Ford C-MAX Solar Energi Concept harnesses the power of the sun by using a special concentrator that acts like a magnifying glass sending the suns rays to solar panels on the vehicle roof. The result is that it takes a day’s worth of sunlight to deliver the same performance as the conventional C-MAX Energi plug-in hybrid, taking its source of power from electric.
Ford C-MAX Energi gets a combined best miles per gallon equivalent in its class, with EPA-estimated 108 MPGe city and 92 MPGe highway, for a combined 100MPGe. By using renewable power, Ford C-MAX Solar Energi Concept is proposed to reduce the annual greenhouse gas emissions a typical owner would produce by four metric tons and with one metric ton being 1,000kg it isn’t rocket science to work out how important and how much that is!
“Ford C-MAX Solar Energi Concept shines a new light on electric transportation and renewable energy. As an innovation leader, we want to further the public dialog about the art of the possible in moving the world toward a cleaner future” says Mike Tinskey, Ford global director of vehicle electrification and infrastructure.
C-MAX Solar Energi Concept, which will be shown at the 2014 International CES in Las Vegas, is a collaborative project of Ford, SunPower Corp. and Atlanta-based Georgia Institute of Technology.

So lets throw in another example of what is going on out there and introduce you to the world of Hyundai…The way people interact with their used cars is about to get a makeover. Controlling a vehicle remotely through a gadget is no longer for comic books, super hero movies or secret agents! Hyundai’s next generation of products, starting with the all-new 2015 Genesis which will allow owners to connect and interact with their vehicle using wearable devices. Hyundai’s cloud-based Blue Link platform makes features like remote start and service information quickly accessible through new devices such as Google Glass and others.

Wearable devices will help people save time and add a new level of convenience by allowing remote interaction with the vehicle without the need to pull out their smart phone!
Hyundai plant to launch a Blue Link Glassware application next year with the all-new 2015 Genesis Sedan.
“We see wearables as a technology trend, expanding from fitness and health monitoring to broader applications. As a leader in connected car technology, we’re always exploring new ways to use technology to enhance the ownership experience for our customers. Wearables are a great way to extend the experience outside of the vehicle” says Barry Ratzlaff, Hyundai Motor America.
So that’s your insight for what the future holds for 2 manufacturers perspectives. For me? I want to see who invents the car that repairs itself, fixes its own brakes and lights and keep those servicing bills down! Until then or until the flying “roads? where we’re going we won’t need roads!” car comes we will make do with these new 007 inventions set to change the future of decision making when buying a new car. Find new and used cars in Belfast.