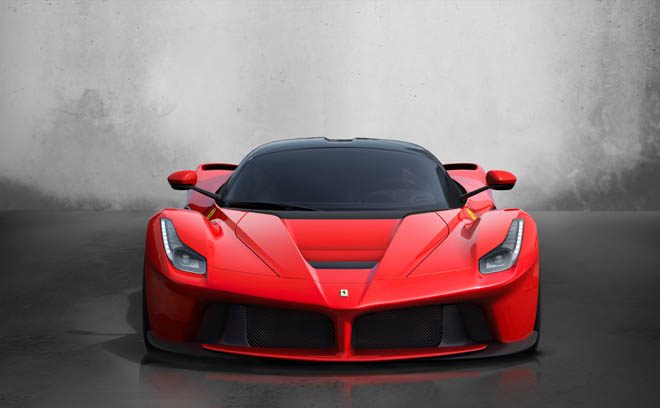 The future of hybrid performance cars

Hybrid cars are braced for the next stage of their development. The highly popular environmentally-conscious vehicles are about to become souped-up, spec-tacular and sporty – and there’s a trio of top models set to lead the charge. Here we take a look at the LaFerrari, McLaren P1 and Porsche 918, what they’re bringing to the market and what that could mean for the industry.

The LaFerrari is seriously powerful – and you’d expect it to be too since it features the F1-derived HY-KERS hybrid system. That combines an electric motor producing more than 150CV with Ferrari’s most powerful V12 yet. It is setting the standard and despite being limited to the release of just 499 models it is expected that the technology will filter down throughout the Ferrari range.

Autocar highlights how, in the middle of the car, behind its two fixed carbonfibre seats, sits the V12 – generating 790bhp at 9000rpm and 516lb ft of torque at 6750rpm. Also behind and beneath the seats sits a 60kg lithium ion battery pack which, via a 25.7kg electric motor, provides a further 160bhp and 199lb ft to give combined outputs of 950bhp and 715lb ft.

Just 918 Spyders are set to hit the roads, making this another sought-after hypercar. It boasts a smarter interior and connectivity to its rivals – making it a more practical model, if indeed any of these can ever been seen as practical. Car and Driver states: “With a combined 887 hp and 944 lb-ft of torque from its mid-mounted V-8 and electric motors—one at each axle—the 918 delivers Bugatti-like acceleration, tenacious handling, and a 211-mph top end. And of course, it’s every bit as exotic-looking as any near-million-dollar supercar should be, with a low-slung, targa body, and ultra-futuristic cabin.”

What car can possibly satisfy the driving passions of a champion F1 driver such as Lewis Hamilton? The McLaren P1 it seems. With a top speed of 217mph, Evo reports how it makes 0-60 in 2.8 seconds, adding: ‘A madcap set of performance figures is twinned with equally eye-opening claimed economy numbers, with McLaren quoting 194g/km of CO2 emissions and a combined 34mpg – 10mpg up on the McLaren 12C.’

These are clearly three heavyweight contenders in the hypercar market – and clearly out of the price range of us mere mortals.

But the development with this end of the spectrum actually says a lot about the whole car market. This trio add the latest electric eco car technology into the mix for powerful performance – and that’s happening with all manufacturers now too.

When you’re searching TW White and Sons Suzuki, for example, you’ll soon see aerodynamic design, lighter engines, eco and electric technology and ultra low emissions becoming key to any specification – in fact, many models have already made a very clear leap in this direction.

As the Telegraph reports, where racing technology goes, road cars follow. That’s started with hypercars – it won’t be long until it has filtered through to us all.

6 Ways To Maintain Your Cars Value

What To Consider When Buying A Used Car In 2019