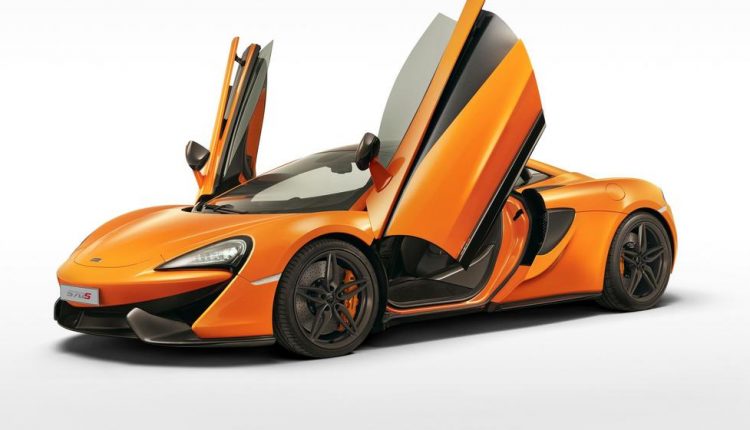 The British car manufacturer Mclaren has shown a preview of its exciting new vehicle before its official launch at the Hall of New York. This is the 570 S, a car that uses a V8 engine of 570 hp and Mclaren says it is an easy car to drive. It is now being talked about as the rival of the Porsche 911 Turbo.

When it launched its first model designed by the great Frank Stevensson, the British brand left open the door to new models. Now, after the 12 C and 650 as intermediate models and the P1 GTR as the high end model with a hybrid powertrain 1,000 horses to compete with the Ferrari, comes the access model range, the 570S.

It is a high-performance sports car, how could it be otherwise, with its geometry based on a vehicle with rear mid-engine, rear seats and rear wheel drive. As for the engine, it uses a supercharged V8 with 570 horse power which should match the famous Porsche 911.

The 570S is the new access model to the range of McLaren cars. Therefore, it is the smallest of all, with its 4.53 meters in length, but without compromising its large width to make it a great sports car.

Despite being the access model it is a true McLaren and therefore has a carbon fiber monocoque, which is common with their older siblings. This achieves a notable reduction of weight.  The engine has a dual-clutch seven-speed that is managed using buttons on the center console, and of course by steering wheel paddles which give maximum sporty handling.

To compete with models like the 911, it offers comprehensive optional equipment, with the possibility of using Alcantara fabric in the cabin, although standard finish is leather seats.

Its performance is really striking, with 328 km/h top speed and acceleration capability of 0-100 km/h in just 3.2 seconds. With this, the new McLaren access comes to compete in a tough segment that have some new and interesting models. On the one hand the new Jaguar F-Type which is very much in line in its variant “R-coupe” with the new McLaren model.

The same goes for the Mercedes AMG GT, also newly launched, and the legendary Porsche 911. This is the target customer, but are also not far from this McLaren Hurricane Lamborghini or Audi R8, while the new Ferrari 488 GTB with its 670 horsepower is also a contender in this market.

How Switching to HVO Fuel Can Cut Your Emissions

Most Common Reasons for Car Accidents and How to Prevent Them