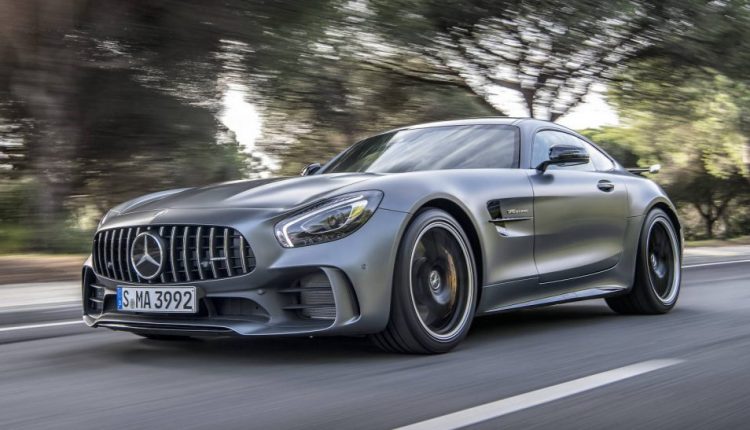 Supercar dealers up and down the country stock the world’s finest when it comes to vehicles. With each and every car on their forecourt boasting outstanding performance, beautiful designs, luxury finishes and the power to turn heads wherever you go, how do you even begin to pick your favourite?

Below we’ve listed the top 10 supercars for 2019 (in no particular order) as rated by some of the industry’s most highly regarded experts.

Revealed at the 2019 Geneva Motor Show earlier this year, the Ferrari F8 Tributo is nothing short of stunning.

The mid-rear-engine two-seater is every bit as powerful as the brand’s more performance-orientated 488 Pista, but has been tuned with more focus on drivability and comfort. Featuring a twin-turbocharged 3.9-litre V8 which produces 710 horsepower, the Tributo is the most powerful mid-rear-engine production car to date.

The car’s stability has been described as exemplary and its adjustability on the throttle mid-corner is said to be like no other. Featuring a more conventional set-up than the hydraulically-linked Super and Ultimate Series McLarens, the 600LT rides with greater firmness. This gives the driver an instant sense of connection. Turn-in is immediate and the confidence-inspiring grip also allows you to load up both axles quickly.

AMG’s comprehensive overhaul of the standard GT started with the 4-litre V8 and features a comprehensive list of additional upgrades. A remap and new flywheel sees the car achieving power and torque peaks of 577bhp and 516Ib ft.

It also boasts a broader body, the suspension hardware has been improved and a rear-wheel steering system has been fitted. It’s the steering however which really sets the GT-R apart from other supercars. You can guide the front into corners with the utmost confidence it will stick and that the rear will follow. What’s more, any understeer is banished with a measured application of the throttle.

Perhaps the most highly anticipated launch of 2019 is the Lamborghini Aventador SVJ Roadster. Without a doubt the most exclusive convertible you’re likely to see this summer, it’s easy to see why Lamborghini’s latest model is sure to turn heads.

With just 800 of them available worldwide, the SVJ Roadster goes from 0-62mph in just 2.9 seconds and boasts a top speed of 217mph. It also boasts a powerful 6.5-litre V12 engine and a lightweight carbon fibre body available in an impressive 350 colours.

If getting out on the track is just as important to you as looking great on the road, the McLaren 720S Spider is without doubt, the supercar for you. Described by McLaren as its ‘most accomplished convertible’ to date, the 720S can reach 62mph in 2.9 seconds and has an impressive top speed of 212mph.

An all-time classic, the Audi R8 is a vehicle all supercar dealers are proud to have on their books. From a practical perspective, it’s ergonomically sound, reliable and well-built. It’s anything but boring however. The R8 also boasts a screaming 5.2-litre V10, 614bhp, it goes from 0-62 in just 3.2 seconds and also has larger exhaust pipes and sharper bumpers compared to previous models.

The Ferrari 488 GTB Coupe is not an entry level supercar. Its mouthwatering visual presence paired with outstanding performance levels makes this one of the best supercars on the market at the moment. It’s beautifully balanced, has immense grip on the road and sharp handling which overall delivers the drive of your life. The engine comprises a 3.9-litre twin-turbocharged V8 paired alongside a seven-speed dual clutch which delivers an incredible 0-62mph in 3 seconds dead.

No supercar list would be complete without a mention of the Huracan Coupe. Powered by a normally aspirated 5.2-litre V10 that sounds phenomenal when wound up, the Huracan comes with 572bhp or 602bhp with four-wheel drive.

There’s also a Huracan Spyder model for those who want to feel the wind in their hair and an even more powerful Performante version with 631bhp. Even the slowest Huracan will sprint from 0-62mph in 3.4 seconds and reach 199mph, with most topping the 200mph mark.

Last but not least is the BMW i8 Coupe. This plug-in hybrid uses a 1.5-litre petrol three-cylinder engine but is tweaked to 228bhp and joins forces with twin electric motors which drive the front wheels for a total of 357bhp. Thanks to its lightweight carbon-fibre construction, the car can propel from 0-62mph in 4.4 seconds and has a top speed of 155mph.

If you’re dreaming of owning your very own supercar but can’t quite afford the price tag, dealers such as Bell Classics sell all your second-hand favourites.

What are car warranties?