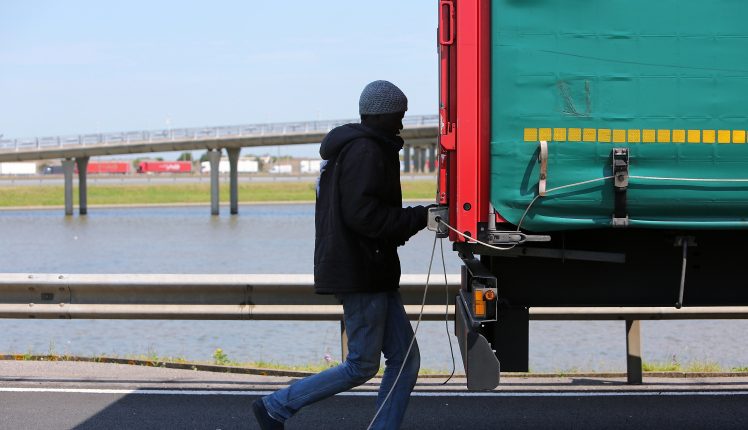 Housing more than 6,000 refugees, the outskirts of Calais seem a town in the rural district of a third world country. European refugees have been residing in the areas designated to them, however, the shortage of supplies, substandard living and hygiene conditions have left the refugees with no choice but to try and move from the geographical location.

The conditions are growing from bad to worse due to the number of refugees flooding in, earlier which were sent to the holiday centre where they outnumbered the available capacity and thus started to live in the open. This scattered settlement in Europe is said to be the worst and there is little or no chance of improvement.

The population residing there comprises of individuals from many parts of the world taking asylum in northern France. They have now used some of the space to construct wooden structures for shops, restaurants and barbers in order to survive for as long as they can.

Being a port city, Calais has received a massive number of Syrian refugees and the political conditions remain uncertain to predict for how long this would go on. And why would this have not disrupted the dense population already residing there in meek conditions?

In pursuit of better living conditions, many residents have started hopping on to trucks or other giant vehicles and cross over to reach cities they perceive better than their current residence (which is most probably true). This practice not only endangers the lives of the immigrants jumping onto vehicles but also the credibility of the driver is at stake making them pay for something they aren’t responsible. No judgment could be given on who is right or wrong, everyone is finding a way out for a better life.

So, what might have come as a surprise for many, has been a tactic to keep off unwanted immigrants from hauling at the back of a truck. These desperate migrants have been trying to reach out for lorry trucks and other giant vehicles to reach locations where they are certainly not permitted for residence.

What makes matters worse is that trucks found with unwanted immigrants are charged with a hefty fine and penalties. In some cases, some truck drivers have even been imprisoned for the same even though they were not responsible for transporting the immigrants.

So, what seems to be an offensive act for some, might just be the only solution a driver could find to ward off unwanted immigrants. This truck driver did something no one thought of doing, hitting on the religious sentiments of the immigrants. This was something he thought would work in keeping them away from his truck and to secure illegal passage into other cities.

Since the immigrants are mostly Muslims, strictly forbidden from consuming or touching pork, it struck the truck driver that the idea of hanging pork meat around his truck would work in his favor.

In order to avoid Syrian Muslims from hopping onto the rear end of his truck, the driver used large amounts of pork to secure the rear openings to make sure nothing of a similar nature happens.

Since border patrol is what these drivers are scared of, they were trying to look  for and adapt measures to avoid heavy fines and imprisonment caused by immigrants hopping onto their vehicles and not prevent any legal issues for any of the parties.

Controlling a large number of desperate immigrants displaced by war would not have been possible for these truck drivers and the fact that physical barriers remain uncanny whether in the form of locking the entrance or pushing them away by force aggravated the need for this step all the more. Thus the solution sought by this truck driver is assumed to have produced the desired result- no Muslim refugees hopping onto his truck to get into another city.

The police in Coquelles (a town near Calais) have been battling against the desperate attempts of the migrants trying to cross the Eurotunnel Terminal to achieve better living standards in France. . While at it, they have somehow managed to keep them tucked in Calais but some of the migrants have managed to sneak in every now and then through openings in the trucks moving towards the terminal, thus causing trouble for the truck drivers as well as themselves. The French prison watchdog also condemned the policies pertaining to migration detention as there have been breaches of basic rights and the picture is not forecasting anything of value to anyone.

Porsche Looks To Push Tesla, Investing In Its First Ever All-Electric