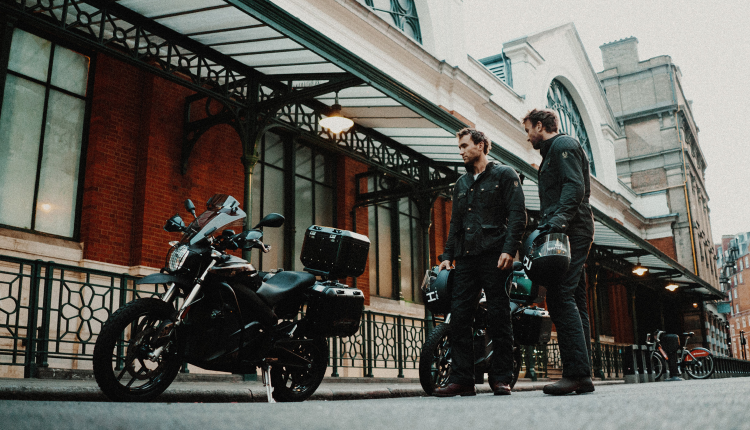 Brothers Hugo and Ross are world-conquering explorers and adventurers, whose exploits have taken them to every corner of the globe. They’ve trekked across polar ice-caps, flown across the Australian Outback on paramotors, and cycled half the length of South America.

Most of these expeditions have seen them try to reach something called a Continental Pole of Inaccessibility. This term refers to the most difficult-to-reach point in a given landmass, and is usually defined as the centre point of the largest circle that can be drawn on a piece of land (without crossing into the sea).

Their latest adventure has taken them almost 1600 miles. They set out from the centre of London, clad almost entirely in Belstaff leatherware, and ended up in the centre of the Iberian peninsula. What’s especially remarkable about the trip is that it was carried out almost entirely on electric bikes.

What Bikes were Used?

For this trip, the pair used Zero DSR ZF14.4 Black Forest motorcycles. The ‘Zero’ line of bikes first came to be in Santa Cruz, California, in 2006. The company specialise in zero-emissions electric bikes, and have caught the attention of even the most dedicated petrolheads.

The bikes in question deliver 14.4kWh, and came fitted with the optional luggage sections and charge tanks, which allow them to be charged to around 95% inside an hour. They come with a lightweight frame that can be comfortably transported across an entire continent. The exercise, in part, has demonstrated that electric bikes aren’t just a convenience for city commuters travelling short distances; they can conquer even the most challenging and lengthy routes that the world has to offer.

After the trip, Hugo was keen to sing the praises of the hardware. “The performance of the bikes was unbelievable, I cannot emphasise that enough,” he gushed. “You can go from 50km per hour to 130 in seconds. They’re absolutely rapid. They’re also very customisable as you can link your bike up to the Zero app and change the settings. It was a pretty cool experience.”

The entire trip took around seven days, of which fifty-nine hours were spent on the road. The bikes were charged a total of twenty-seven times. Hugo calculated the travel cost of the entire trip at a reasonable £20. “Long-distance travel on electric bikes is definitely feasible and there’s a huge amount of money being invested in it. Once the infrastructure is fully in place, it’s a slow domino effect.”

Hugo was perhaps just as appreciative of the quality of clothing they ended up using. “From a dry 35 degrees to a wet, soggy 10 degrees in the Pyrenees, the Belstaff kit was amazing. It didn’t leak or get wet once; it didn’t sweat or overheat. The best kit you have and use you don’t notice. If you’re suddenly thinking about your clothing, there’s something amiss. You don’t want to think about it and we didn’t have to think about it at all!”

How To Install an Exhaust System on Your Motorcycle