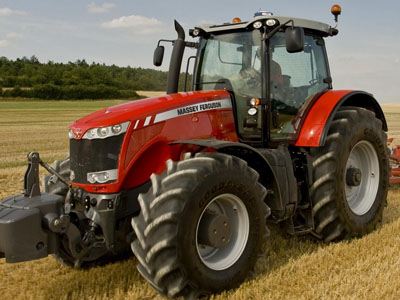 What is the state of the farm machinery industry in Ireland?

Unlike many other well-established European nations, Ireland is a predominantly rural country with many people choosing to live and work in the countryside rather than in the city. With agriculture being one of Ireland’s biggest industries, it means that there is a need to have a wide selection of versatile machinery to help farmers get their crops grown and harvested all year round.

But the farm machinery used on Irish farms isn’t just the general selection of tractors, harvesters and lawn mowers that might be found on farms in other countries. Many of it has been tweaked or adapted to cope with the different challenges and issues posed by the various landscapes throughout Ireland. For example, some machinery is tailored to cope with rougher conditions where the dirt is poorer quality and harder to breakthrough than what finer soils may be. Alongside that, some parts around Ireland are known to have particularly peaty soils making them exceptionally soft and known for being difficult to transverse through.

These conditions can be difficult for machinery to cope with on some occasions but are vital resources for cultivating a mass of different produce. Many of the larger heavy loaders are vital tools to help carry large amounts of produce from fields back to the main farm and can hold most crops from larger products such as potatoes to smaller objects such as sugar beet or carrots. Meanwhile, smaller tractors are also a useful resource that can connect to a host of different trailers and tools such as ploughs and transporters which can be used to harvest crops and even transfer livestock from fields to the farm or to the local market if need be.

By being extremely versatile, it means that the machinery is now worth a lot to Ireland and indeed the international community. At the moment, over 1,000 people are directly involved in developing machinery for agricultural purposes throughout rural Ireland to keep the industry ticking over. Their efforts to tweak machinery have also made them popular items to own overseas with farm vehicles currently having an annual worth of €100m to the Irish each and every year.

Even if the farm machinery industry may not always steal the spotlight like other industrial sectors might do, it plays a vital role in supporting one of the oldest and most valuable industries in Ireland. With their special adaptations and general versatility still being highly sought after, it’s a market that is set to grow for years to come. Manitou forklifts have become more popular in the farming industry in recent years for large farms.

What Impact Has The VW Scandal Had On Share Prices?

How to keep your passengers occupied

A Guide to Construction Site Security