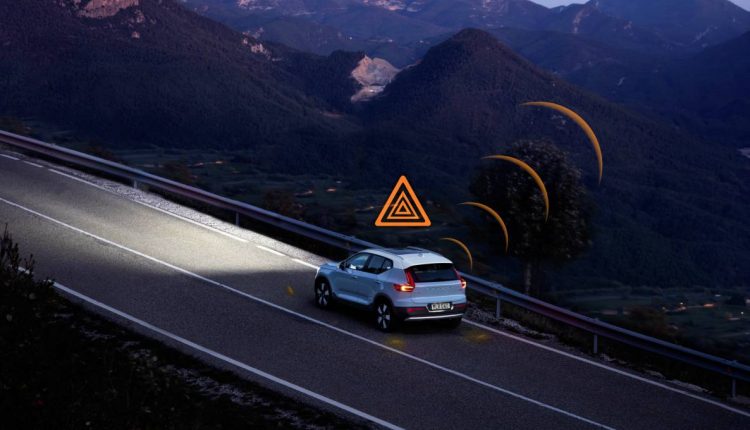 Why Volvo is the Driving Force Behind Car Safety

For many years, Volvo cars have been considered some of the safest cars on the road. Their cars are fitted with a huge range of smart safety features and every model since 2003 has been awarded a 5-star safety rating by Euro NCAP.

This focus on safety has seen Volvo’s popularity soar, especially among families and Volvo lease deals are more competitive as a result.

Volvo’s impressive safety record should come as no surprise, as they’ve either invented or pioneered a plethora of safety features in their history, many of which we take for granted in our cars today.

You probably haven’t heard of Nils Bohlin, but it’s estimated this Volvo engineer has saved over one million lives thanks to him introducing the three-point safety belt in 1959.

Debuting on the Volvo PV544, the company recognised the importance of this safety feature so waived their patent rights, sharing their innovation with the world and saving a huge number of lives in the process.

Volvo introduced this feature to reduce the number of head and chest injuries in accidents.

Introduced to front seats in 1968, head restraints were designed to protect the neck and head in rear-end collisions.

Basing their research on the effects on astronauts during launch, Volvo recognised that rear-facing child seats would help to spread the load more evenly during collisions and help to minimise injury to children.

Probably something you’ve not heard of, the Lambda Sond is a small oxygen-sensing probe fitted in the engine that allowed Volvo to reduce harmful emissions by 90% way back in 1976.

Given modern-day concerns regarding CO2 emissions and recent changes to the MOT, it shows just how far ahead Volvo were over 40 years ago and most petrol cars have one fitted today.

Considered standard in most modern vehicles, Volvo introduced their Side Impact Protection System nearly 30 years ago.

A very common and painful injury, Volvo looked to reduce injuries from whiplash in low-speed collisions with their Whiplash Protection System.

Combining a robust headrest with a smart seat design that provides greater support in a collision, Volvo has helped to halve the risk of long-term health issues caused by whiplash injuries.

Another common safety feature in modern cars, Volvo’s inflatable curtain was introduced in 1998 and was a huge leap forward in terms of side impact protection.

The curtain inflates in twenty five thousandths of a second and can absorb the majority of the force generated when the occupant’s head is thrown sideways.

Given the increase in popularity of SUVs, it made sense to introduce a safety system that protected occupants in the event of their car rolling over.

SUVs and taller cars have a higher centre of gravity, making it statistically more likely that they’ll roll over and this safety feature helps to keep the car’s structure intact with a toughened roof.

When changing lanes, especially on a motorway, it can be difficult to see other road users, especially as they move into your blind spot. Failure to spot another car in this scenario can be catastrophic.

Volvo introduced a clever bit of technology in 2003 which used cameras and radar to look for other cars approaching on either side. When the car entered the driver’s blind spot, a warning light appears nears the door mirror to notify the driver.

With that in mind, Volvo introduced autonomous braking which uses lasers to detect whether a collision with the car in front is likely to happen. If the driver doesn’t brake, the Volvo will brake for them.

In a similar situation to the above, Volvo introduced a safety feature whereby the car would automatically brake if someone steps out in front of it, lessening the chance of serious or fatal injury to the pedestrian.

Using the cloud, Volvo connects their cars and shares information regarding road conditions making the driver aware of potentially dangerous situations, giving the driver plenty of time to react.

As you can see, Volvo has been the driving force behind multiple safety innovations for over 70 years and they’re not stopping there. They have a strong vision that by 2020 “no one should be killed or seriously injured in a new Volvo car” – Hakan Samuelsson, President & CEO of Volvo Cars.

Should you Drive a Manual or an Automatic?